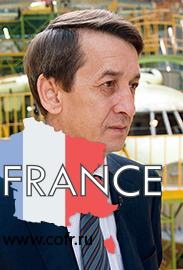 — How is work progressing to launch series production of the Il-76MD-90A aircraft? What is the planned annual production rate?

— The Russian government in 2006 decided to move Il-76 production from Tashkent to Ulyanovsk. Aviastar-SP therefore launched a massive retooling and retraining program to prepare for series production of these aircraft with the use of advanced digital technology. In these past six years, the facility has reached a totally new level of production efficiency, both in term of our technological capacity and personnel qualification.