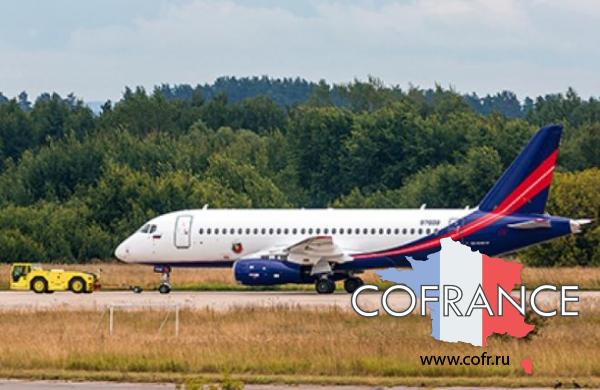 Sukhoi Civil Aircraft Company (SCAC) is demonstrating two new modifications of the Sukhoi Superjet 100 airliner at MAKS 2013: the aircraft with VIP cabin and the longer-range SSJ 100LR. The former has a logo of Rosoboronexport, Russia’s arms trade agency, and will be reportedly delivered to the customer this autumn.

The LR variant has recently obtained Russian certification; during the air show the first production aircraft with a 90-passenger all-economy cabin will be delivered to Gazpromavia, which has 10 on order.

The SSJ 100LR first flew on February 12, 2013. The modification has no structural differences from the baseline but its MTOW has been increased by 7.3% from 45,880 to 49,450 kg, and its maximum range extended from 3,048 to 4,578 km. The wing has been strengthened to support the greater take-off weight. The aircraft is powered by two upgraded SaM146 1S18 engines with 5% greater take-off thrust compared to the 1S17 baseline, thanks to improved control settings. Certification of the SSJ 100LR (factory No 95032) involved more than 60 flights for the total duration of around 115 hours. The aircraft was tested for stability and controllability, high angles of attack, structural envelope, buffet and shimmy, powerplant and autopilot operation. Also tested were the take-off and landing performance and environmental noise levels.