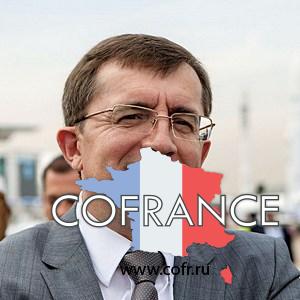 The Sukhoi Superjet 100 (SSJ 100) regional airliner program remains one of the top priorities for the Russian aerospace industry. Andrey KALINOVSKY, president of Sukhoi Civil Aircraft (SCAC), speaks of the current and future SSJ 100 deliveries, the series production schedule, and the modernization potential of the airliner.

— What is SCAC presenting at MAKS this year?
— Gazpromavia will receive its first long-range Sukhoi Superjet 100LR airliner during the show. The aircraft will be present here at MAKS. We obtained a Russian supplementary certificate for the LR version earlier in August; EASA validation will depend on whether we secure European customers for this modification.
We are also presenting a static SSJ 100 in the livery of a foreign airline, and a VIP aircraft we have built for a Russian government customer. The latter is intended to demonstrate the modernization potential of the aircraft and its interior. Those potential customers who have prior experience on Gulfstream, Embraer, and Bombardier business jets will have a chance to appreciate the spacious cabin and generous headroom of our VIP version.